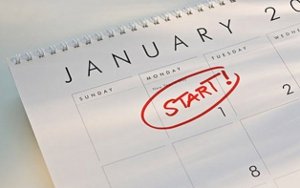 Happy new year! January, the head of the year, is a traditional time to make resolutions. But how do good intentions get lost by the wayside? It’s a well-known fact that gym memberships soar in January only to tail off by March. Are resolutions worth making? And, if so, how can we help ourselves keep them? Here are our seven tips for a resolute 2015…

We’d love to hear about your inspiring goals and resolutions for 2015 so do leave us a comment. Happy 2015 everyone!